Bobascher: Thanks, as long as people seem to be enjoying it I'll keep posting it.

On a side note, I'm always a little conflicted answering "Is this going to happen" questions. The worry I might spoil it is weighed against my want to share. I like people taking an interest. On the old VSW board where I originally posted this story. I didn't think I'd post more then the first chapter. I figured, like most of my writing, it would be a one and done story. Then I started getting feed back. And I feed creatively on that. They shared their hopes and wonders for the story. Which made me want to write more of it. So, thank you all who there or here have posted support. If you have questions, ask. If I feel it won't ruin things I will answer. If it will, I will try to let you know that is way I don't answer.

As for other posters to the site. I'm sorry I don't comment on things. I always feel I need to explain or offer suggestions. But then I worry they will be seen as complaints or insults and chicken out. There are many an interesting image and story here on this forum and I thank you all for sharing.

So, Thanks for reading and thanks for posting.
HH1
PS: If there are any of my other stories you're looking for, or would like me to continue, let me know. I can't promise I have more to them. But it will help me know what people are looking for. Wow, don't I sound cocky.

Hey HH - please never feel obliged to share, it is all part of the creative process! I really enjoy engagement and dialogue, which SWB does many good things, but engagement isn’t one of them. I’ll have a thread with hundreds of views but no comments. I’m left confused is my work enjoyed or is it hated? Then when a hater comes along it just hits you in the gut. I have found for pics DA is much better with engagement, so I have been happy there.

Bobascher: I never feel obliged too share. I want to share. But I want people to discover and enjoy if I can provide that. That is where I conflict. I don't feel I need to share my future story items. If I did I would likely not out of a overly developed sense of resistance.

No, want is my burden.

People in my life have mock or disregarded my interest in writing. (Non-SW ideas). So to have people I don't know personally go, "I like your work. What about this?" I get excited, proud even. Writing this story and now working on it's following one has been the happiest thing I've done in years. I myself look at the number of views as a sign people are reading and hopefully they are doing so for enjoyment. I thank them for their support. If not for enjoyment, then as some short of torture. Which will end once they tell me where the microfiche is!

I can't complain others are not commenting as I've not done much myself. I am trying to fix that. Be supportive. Just not sure what to say more then, "Good Thing!" or "Creative Idea." I think that's another reason I like replying to people's comments/questions. To show I read and am grateful for their support. Not that I always remember to do so. 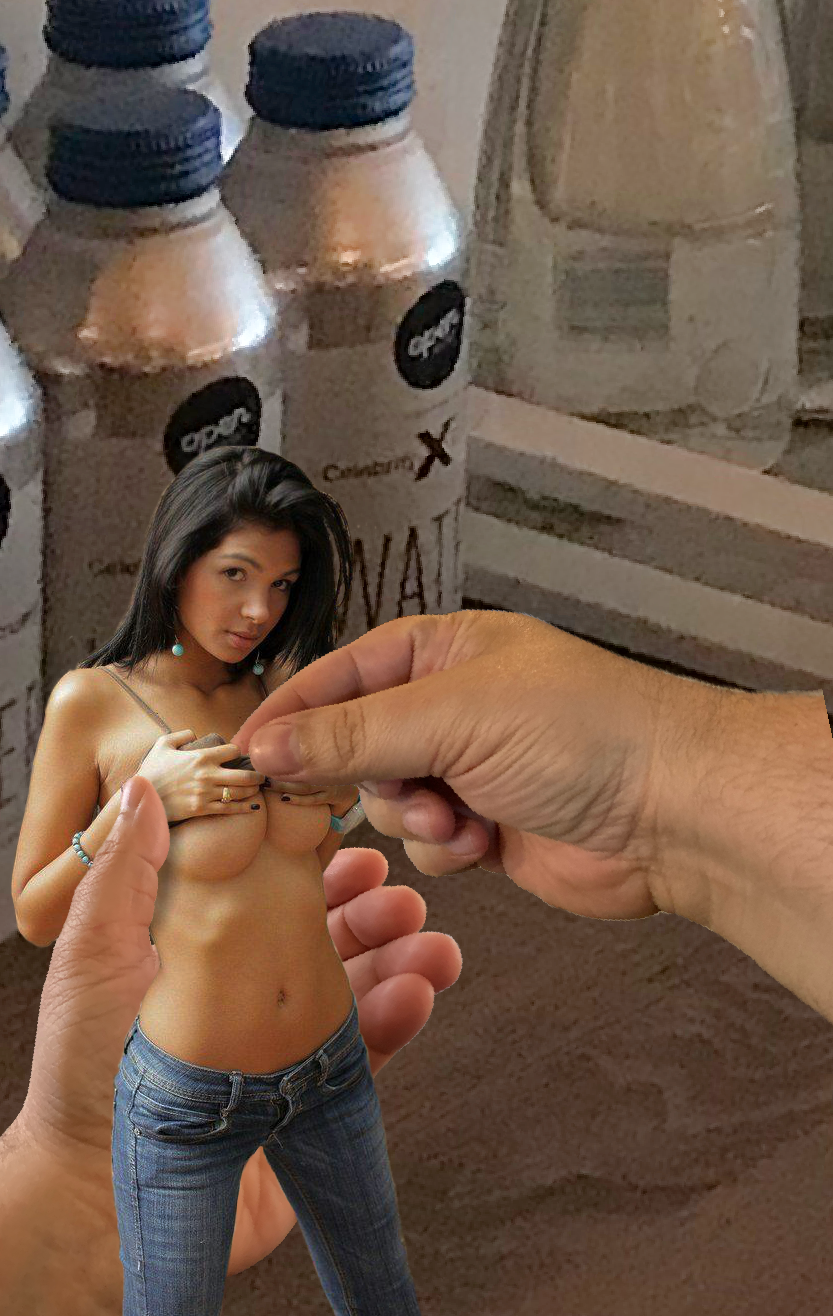 I don't mind at all. Actually Thank you is more appreciate. Nice pic. Her looks have inspired several sw story ideas. This one is the longest running. Glad it inspired you. I'm sure if you look through her images you would find all kinds of good pose/expressions I'll share my made images. Not as good as your work, but get the ideas across.

This image inspire an incomplete story and one of her described swim wear in this story.
Fun at the Beach.jpg (342.98 KiB) Viewed 1074 times

Yes that is golden!
Top

Thank you for sharing to imagination here !
Top

Well, I hope to continue to entertain. Thank you!

So, I noticed no one else posting on this section for a month besides me. I'm not monopolizing this by posting twice a week am I? I could post once a week or every other week if that would make others feel more comfortable with sharing their stories too? Just let me know.

I look forward to the twice a week update! So no worries from me there. Honestly this is about the same rate I saw stuff posted to VSW...
Top

Well, if everyone is good with it then. I'll keep posting till the end of this part of the story.

They were sweet together. Matched well and shared many interests. Both near the same age. An adorable young couple. Karla was happy to see her Micheal so happy with her friend Chrissy. She would do what she could to help this budding relationship bloom. Because that's what a good pet Shrunken does right?
She sat alone. The couples all snuggled close. Sharing ideas and suggestions. She watched quietly. As events were booked and features were mapped out. She was happy for her owner's family and their friends. Like the special pet should be right?
They finished their plans and families parted for the night. She traveled back to where she is kept. Her owner stroked her head as he walked. Her reward as a good Shrunken. If she was really good, more intermittent attention will follow once alone. That's what she wants right?
He says good night to his parents and they are alone. He places her in her cage. He smiles and announces, "Let's get ready for bed." So she does. Putting on that shirt that holds his scent. She waits to be moved to the bed. Because that's what she should do right?
He scoops her up and rolls into bed. He has his tablet. Ordering more clothes maybe? Toys to play with the less special Shrunken? She will help him select whatever he is looking for. Because she's a good thing right?
Teen sitcom, haven't watched that for a few nights now. He strokes her hair as he snuggles around her. He leans in, most likely wants to pleasure himself using her. She will stretch and arch to help his efforts. She will be attending like a good Shrunken should right?
"Karla, you're the most special hot Shrunken ever." he says kissing her head. Her heart shouldn’t pound like this right?
"I don't know what I did to make you sad. But I'm sorry. Let me know what I can do to make it up to you please? Let me know what I did so I can try not to do it again? Your my special Karla." he warmly requests. She shouldn't feel this. She was only a Shrunken right?
"I'm just tired. Sorry to worry you." she lied. She shouldn't confuse him with her emotions right?
"It's confusing. I'm a person and you're a Shrunken. But we both are tired together. But I don't want to stop spending time with you. Because I feel you're so special and I know you think I'm special so I know you want to spend time alone with me. Feeling special to each other." He says. She wants to cry, he's a person. He can't feel like this too right?
She turns and looks upon his sad smile. She forces a smile, which brings a little warmth to his face. She nuzzles her face to his chin. She tells him, but only as much as their life together can be said, "You are my Special Micheal." and kisses his lip. That's the best she can express right?
"You are my Special Karla." he sings back. And snuggles her entire body. Kissing her on her head. He turns off the tablet and lays his face beside her. She snuggles to him as best she can. Cause that's what people feeling special to each other do, right?

Users browsing this forum: No registered users and 2 guests