Fancasting for "Land of the Giants" reboot (Assorted Questions, Theories, and Wrap-up)

Fancasting for "Land of the Giants" reboot (Assorted Questions, Theories, and Wrap-up)

Land of the Giants began as a pure “try to stay alive” series, but it veered into a contrasting formula about midway through Season 1, transforming into a fantasy variation of The Fugitive (where’s the one-armed Giant?). If LOTG is rebooted as a movie trilogy, perhaps the first film could focus on survival; the second film on intrigue; and the third on escape.

Whatever the format, Our Heroes are going to need a foe, specifically an Inspector Kobick type. In terms of casting, the same aspects for a nefarious Fitzhugh would also apply for Kobick as well. If you wanted someone who has agent pedigree, two actresses come immediately to mind:

Famous for playing FBI Agent Dana Scully in The X-Files. She has played odd and eccentric characters like Miss Havisham in a BBC adaptation of Great Expectations, and Blanche DuBois in a stage performance of A Streetcar Named Desire. 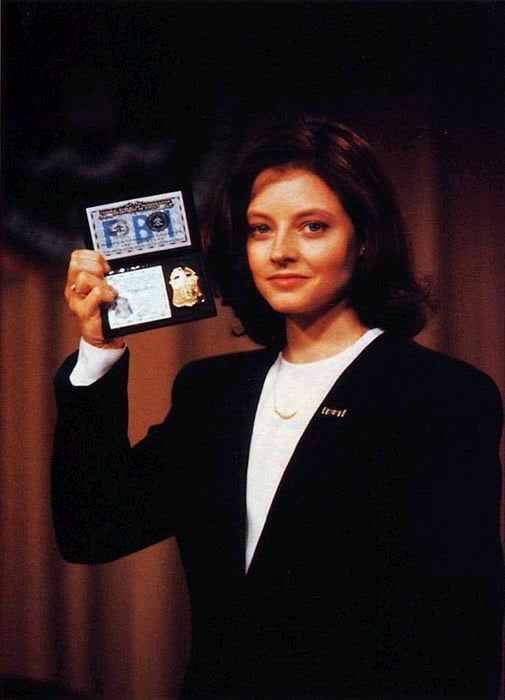 Jodie won an Oscar playing FBI Agent Clarice Starling in the film The Silence of the Lambs.


THE most important question of all is (of course) who will play Chipper? Chipper was a male terrier of unknown breed. But who says you have to go with the same critter? You could go hip, like borrowing a naked mole rat from Ron Stoppable or something… 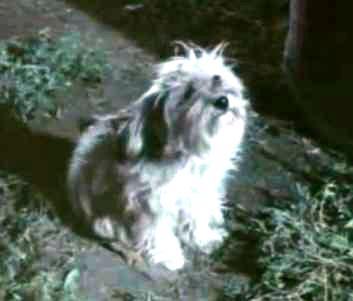 The Giant entomologist must make an appearance. Played in the series by the late actor Don Watters, his signature black hair, beard, and glasses often comes to mind when LOTG is mentioned. 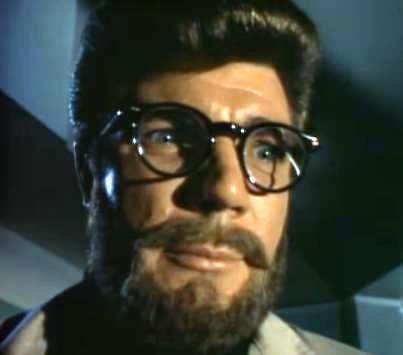 If you’re wacky enough to reboot the Pied Piper episode, get Gary Oldman. Jonathan Harris (Dr. Smith) from Lost In Space played the original Piper, but has sadly passed on. So, get Gary, who played Dr. Smith in the LIS movie, to play the Piper in the Giants reboot. Thankfully, there wasn’t the equivalent of LIS’s “The Great Vegetable War” episode in Giants.

PLOT AND OTHER THOUGHTS: 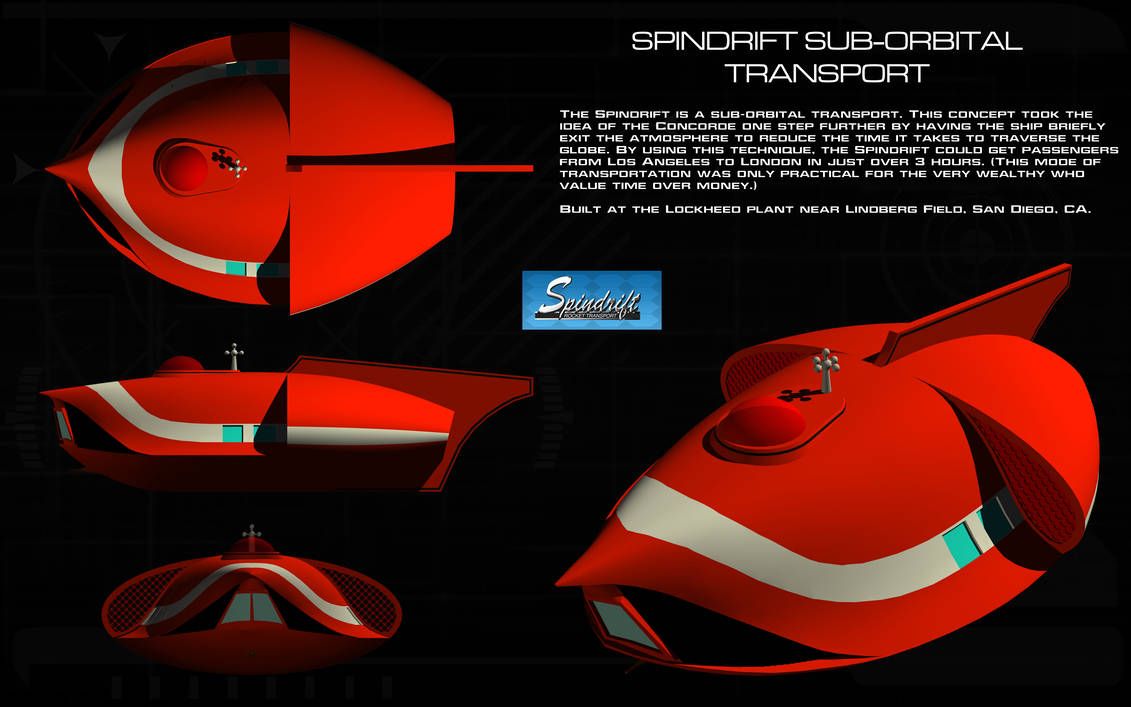 (Purely for size/ratio comparisons, of course…


If he hasn’t officially retired from music composing, get John Williams to work on the reboot again -– at least the theme. I personally preferred his 2nd season theme over 1st season, though it would be fun to see a new reanimated sequence in the credits. If John isn’t available, try for Bruce Broughton, who composed the excellent soundtrack for the Lost in Space movie. 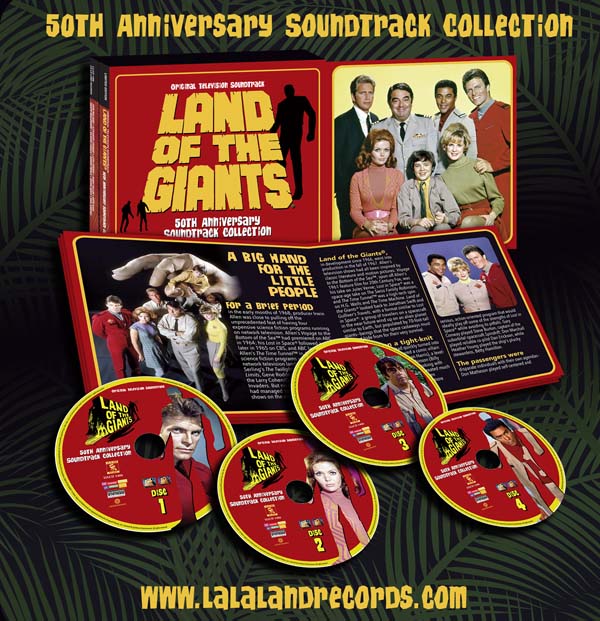 A plea to the studios: please keep the size ratios consistent! The early plot details had the characters very small (1-2 inches). The scale was about 3-4 inches in the pilot episode. Finally, it seemed to settle at about 6 inches for the rest of the series. The initial size made interaction between the Earthlings and the Giants difficult, especially communication. One episode had a Giant putting the girls in a jar hooked up to a listening device so he could talk to them. The writers realized how much this restricted the kinds of stories they could tell and, without explanation, changed the Giants to be coherent. The entire series, when you got down to it, had erratic writing throughout, whether it was the Giant society, customs, technology, etc. 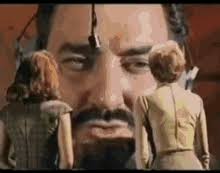 In this post 9/11 world, it would be difficult for Fitzhugh to bring a gun aboard the Spindrift. Perhaps it could be a case of sabotage for some reason, like Dr. Smith from Lost in Space.


According to Deanna Lund, had the show gone onto a third season, it would have explored a romance between Valerie and Mark because their actors were getting married. So, Karen Gillan x Natalie Portman? Natalie has experience from Black Swan. Karen is personally bisexual. They must break out the skating outfits for a “Collector’s Item” remake, as well as “The Marionettes” puppet costumes. They are iconic to the SW fan. 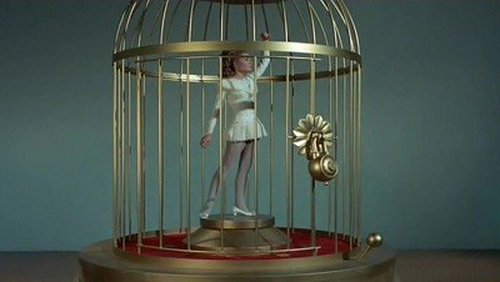 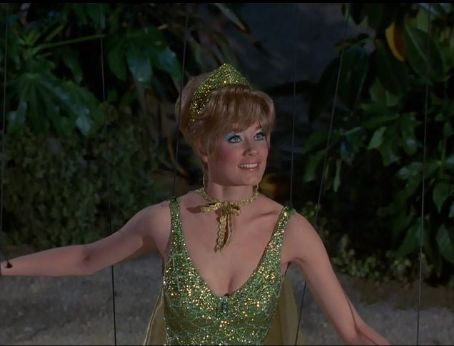 (The following pages depend heavily on tvtropes.org and Wikipedia)

There are two main questions for the setting:

1) Do you keep the 1960s technology/near future timeline or do you update it to present day? (2050 maybe?) There’s nothing like those go-go fashions and dialing the big rotary office phone.
2) Is the Giant world a real planet in our nearby interstellar neighborhood, or is it located in a parallel alternate universe? The popular theory is that the Earthlings were transported to an alternate universe, which would help explain why those pesky laws of physics prohibiting Giant animals/humans from existing don’t apply. 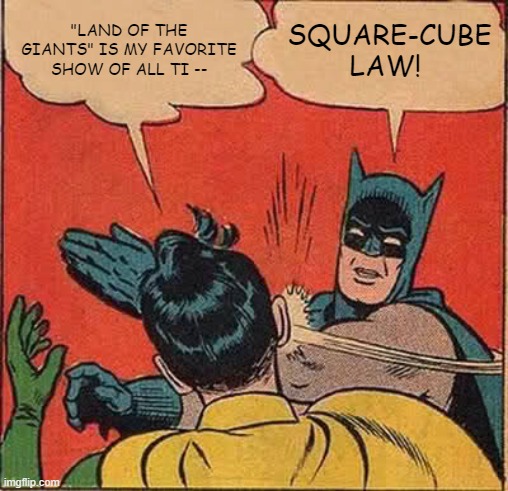 Whether in our universe or not, no name was ever established for the Giants’s planet, but the denizens knew of Earth, Venus, and Mars, mentioning them by name. Exactly where the planet was located was also never made clear. In one episode, Steve Burton claimed to have seen Earth through a set of infrared goggles created by the Giants, suggesting that the two worlds were close enough to see one from the other. Murray Leinster, the author of several LOTG novels, suggested that the planet was near the star Tau Ceti, which is a common locale of science-fiction stories. Murray labored hard in his books to come up with science laws to explain the LOTG universe. The only proven way by which Earthlings could get to the Giants's planet was high-altitude flight, passing through what one Giant called a "dimension lock".

The planet, what we would call a “Super-Earth”, had at least four zones. One continent was dominated by an authoritarian government which tolerated full freedoms within a capitalist system, but it didn't abide any effort to influence political change. At least one overseas land had a despotic ruler. There was a hidden advanced underground civilization which apparently held free elections. Finally, Air Traffic Control told those who ventured out to sea that they should turn back, that nothing beyond that sea had been explored nor was there current contact. The area was generally referred to as the Graveyard of Fools -- whether this was an official government stance or the truth was not known.

The great majority of the series took place in the repressive land. Culturally, this society closely resembled the United States of 1968, but could be technologically unbalanced in some episodes. There was advanced equipment like androids, cloning, cybernetics, force fields, magnetic stunners, and teleporters. At the same time, other areas of tech were more primitive or nonexistent (no microelectronics, no hearing aids, no manned space flight). This culture had a police force, private hospitals, prisons, a State Governor, senators, radio and television services, a zoo, jazz clubs, even a racetrack. The Giants spoke English, used dollars as currency, drove American cars, attended Vaudeville-style theatres, and even played chess (remake that episode, too). 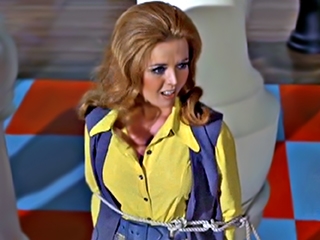 In the first season, the Giants had alien names. For example, a Giant criminal named Logar posed as an Earthling by the name "Joe", and his cohorts laughed at how weird "Joe" sounded. However, in the second season, many Giants had average English-sounding names, while others still had alien names (often in the same episode). One episode featured a Giant "Irishman" who mistook the Earthlings for Leprechauns.

Beneath this American façade, however, was an iron fist, with the Special Investigations Department (S.I.D.) serving as a KGB-type secret police. "Good citizens" were expected to report suspicious activities. The S.I.D. offered a reward for the capture of the Earthlings (whom the Giants called “The Little People”), which citizens and bounty hunters tried to claim throughout the series. Despite the repression, there were several underground resistance movements at work that either helped other dissenters (such as the Earth people) or were actively working to unseat the ruling party.

Well, that's it. Just think, if nothing happens on the reboot front in a few years, we get to recast all over again.

Anyway, if there are any more casting suggestions, send them in. What I would really like to see are pictures of the actresses made up wearing the old costumes.

Casting poster by ME! Notice how I squeezed Chipper in there?
Jeff's LOTG reboot cast 2.jpg (187.77 KiB) Viewed 337 times

I haven't commented on any of these so far but I want to tell you I've been reading them all and enjoying the heck out of your analysis and speculation. If only they would finally do something with the right to this show! The technology has reached the level where it could be quite amazing if someone only cared to make it. Imagine this as a Netflix or DisneyPlus ongoing series...if only...

Anyway, thanks for taking the time to put all of this together! Really enjoyed it!
Top

I haven't commented on any of these so far but I want to tell you I've been reading them all and enjoying the heck out of your analysis and speculation. If only they would finally do something with the right to this show! The technology has reached the level where it could be quite amazing if someone only cared to make it. Imagine this as a Netflix or DisneyPlus ongoing series...if only...

Anyway, thanks for taking the time to put all of this together! Really enjoyed it!

Wow, acclaim from The Minimizer -- this makes my day! Much appreciations!

Effects have indeed improved. Some of the effects on young adult programs like the German Help! series or Tiny Christmas would've blow ABC's mind back in the 60s. If today's filmmakers don't want to fool with the politics or complexities of LOTG, a big-budget remake of Dr. Cyclops or Dr. Shrinker would be cool to see.

I am a bit disappointed that I've only gotten one or two responses to the article. I thought LOTG would be of great interest in the SW (or SM) community. Folks can still write in with ideas or thoughts...

One thing that I realized I'd forgotten -- like most reboots, any surviving cast members need to make cameos somewhere in the film/series. It appears only 3 of the 7 actors are still alive: Gary Conway/Steve Burton; Stefan Arngrim/Barry Lockridge; and Heather Young/Betty Hamilton. Perhaps they could play Giants or other stranded Earthlings.

Oh, and one final related thing: today the lovely Natalie Portman turns the big 4-0! I remember her from the days of Leon: The Professional when she was 12. But the big recollection was watching her as Padme "aggressively negotiating" with a droid factory in Star Wars: Attack of the Clones back in 2002. With all of the crane shots George Lucas used while directing that scene, it gave Minimizer the incentive to write "The Shrunken Senator". Trapped in a crucible bowl, Padme did look extremely handhold-able... 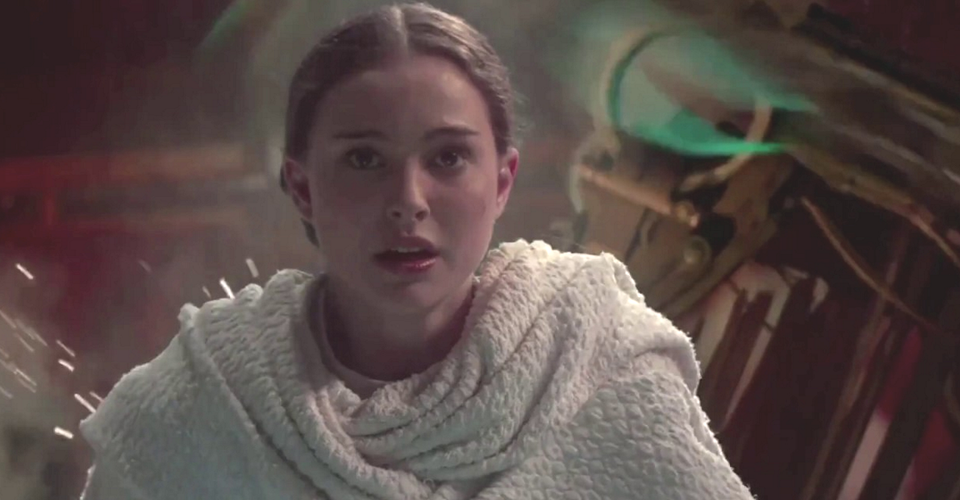 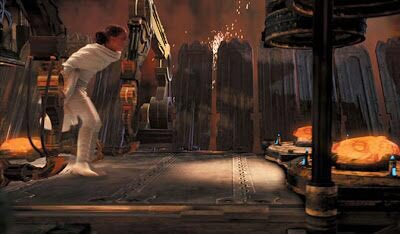 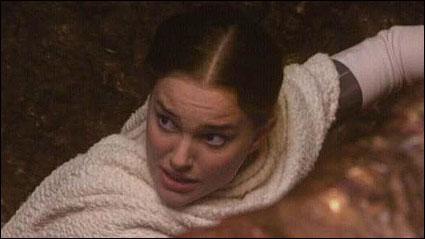 Thanks for the plug, and you can read "The Shrunken Senator" over at my DA page (https://www.deviantart.com/the-minimize ... en-senator). I particularly like to imagine her dressed in the "torn midriff" skintight outfit from the arena fight, which would've been great for this story. Too bad there aren't enough images available to collage up a page or two of collages...but there aren't (sigh).

Anyway...here's hoping something gets done with LOTG, be it a movie or better yet an ongoing series. With all the dystopian future stuff going on, there are all kinds of themes that could be explored. Perhaps instead of an alternate reality, the tiny people are time travelers who try going back to fix their screwed up world, but when they arrive they find they were shrunk in the process. So now in addition to avoiding getting captured by giants, they're also trying to tweak ongoing events to prevent whatever disaster befell civilization in the coming years. Ah well, too bad I don't write for Hollywood...
Top
Post Reply
4 posts • Page 1 of 1

Users browsing this forum: No registered users and 1 guest